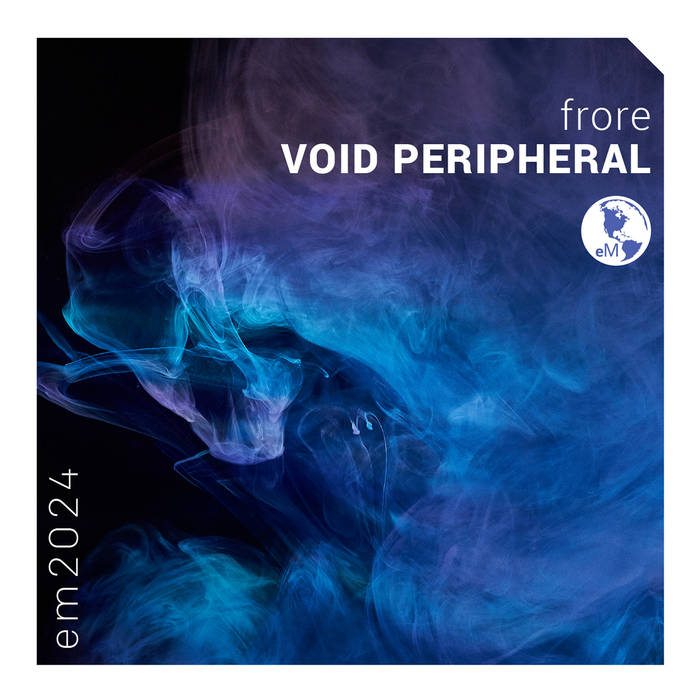 Every once in a while, you get to release something that just feels wonderful.

Anyone connected to the ambient music scene has likely heard of Paul Casper, and the deeply rhythmic, tribal releases he has put out over the years under the moniker Frore. About a 18 months ago, Paul sent me a zip file full of unreleased (and largely unfinished) material that he was playing around with. Some of that material - then referred to only as "other ambient tracks 1-6" - would go on to become the inaugural release on our sister label Aatma, released under the pseudonym "threadbare" on the debut album "home is a memory".

Also buried in that treasure trove of music was a single longform piece called "Frore Longform Float" that immediately grabbed me. Since that first listen more than a year and half ago, the work that would become "Void Peripheral" has gone through 3 separate remix/remaster sessions, as Paul worked to pull the material together into a cohesive whole. The result, as you'll see on this epic, hour-long piece, is nothing short of brilliant.

Paul had this to say about the release:

"I’ve put out a handful of albums now and they’ve always been very rhythmic. I had been wanting to try my hand at an album that was beat-less. That album is: Void Peripheral.

For me it conjures feelings of the eternal and the empty...well, maybe not quite empty...but something immense and almost unfathomable just on the horizon. It’s a collection of pieces that have been written over the last three years and then re-written and worked in to one long-form song. I hope you enjoy it."

I for one couldn't be happier to have Paul back on earthMANTRA (where he released The Raven in 2009 and Axis Mundi in 2012) , and to be the lucky recipient of his first foray into the quieter side of ambient music. This is music of the highest quality by an artist plumbing new depths of his craft.

As always, all eM releases are free for download. Should you choose to pay for the album, all proceeds will go directly to the artist.

Paul's "home is a memory" as threadbard is available at: