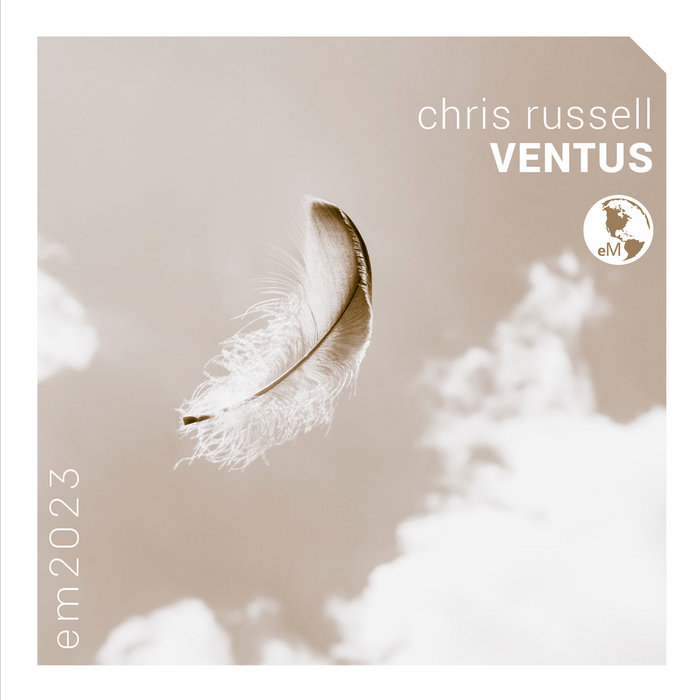 Chris Russell returns to earthMANTRA with "Ventus:, the companion album to his last eM release "Spectra". In this, his first longform ambient composition, Chris has broken new ground in what is already a well-documented and diverse musical career. Chris had this to say about the release.

"The album Ventus began shortly after the last notes of Spectra were recorded. Riding high from that exhilarating creative experience, I had the impulse to go deeper using the same tools from the Spectra sessions. The piece grew over time to be almost an hour long, going through many cycles and different treatments. With the final mix-down being in August of 2017. Although I really have never delved in to the long form expansive world of sound before, I am sure I will return soon.. "

From a listening perspective, Ventus is equally breathtaking whether played as a low-level environment piece or as an active listen. Chris' touch is slow, steady and with a probing kind of elegance that pulls you right along with it. It's an hour well spent, and one album that I'll keep coming back to.

As with all eM releases, Ventus is free for download. Listeners are encouraged to pay for the album should they wish to do so, but it is not required. All proceeds from album sales go directly to the artist.