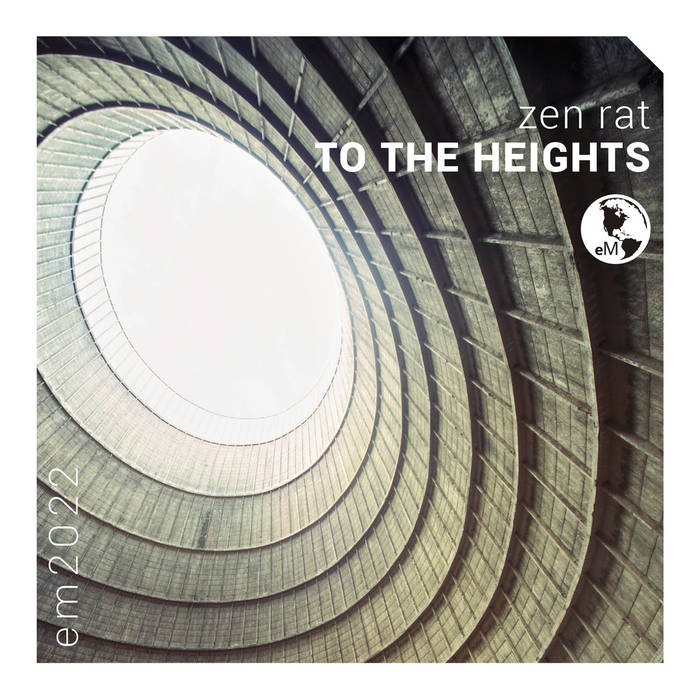 Zen Rat is a collaboration between Darrell Burgan (Palancar) and Mike Metlay (metlay!), founded around long-distance collaboration and telling the story of Smoke and Spark, two laboratory rats who'd been experimented upon to the point where they spontaneously reached Nirvana from within their cages.

The first volume of these two unlikely sonic pilgrims' exploits was re-released on earthMANTRA in October 2016 as the double CD A World Beneath The World. The story now continues in To The Heights, a chronicle of a journey out of the darkness and into a world of cold wind, open sky, and breathtaking desolation.

Originally recorded sometime in 2010 as a realtime collaboration using the NINJAM long-distance audio networking client/server system, To The Heights was nearly lost. It resurfaced in 2015, and the first Zen Rat album was re-released in preparation for it... and then it was lost again. ("Blame Spark," says Smoke. "Blame me," says Spark.)

Miraculously recovered from an abandoned USB drive found on the floor of a Maglev train outside Shanghai, it was immediately given to earthMANTRA for distribution before something else could happen to it.

Close your eyes, breathe deep, and listen to the story: Once upon a time there were two lab rats...