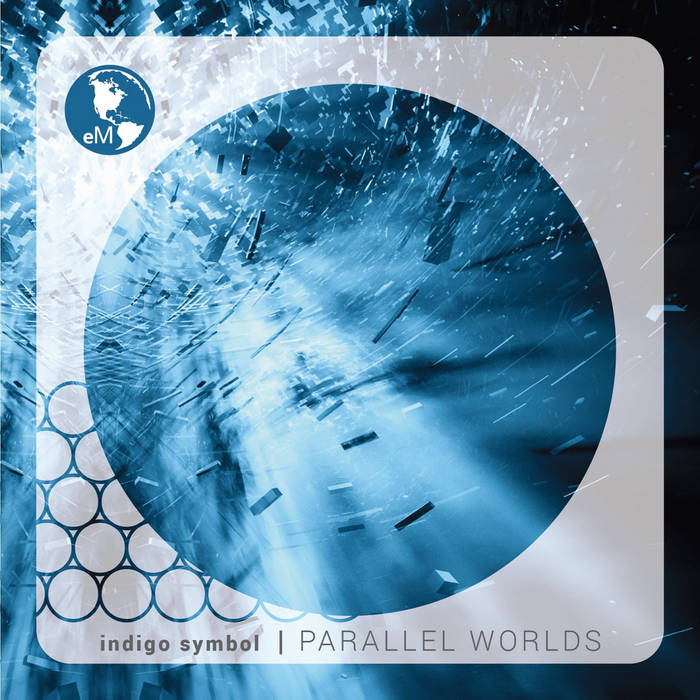 It's been a eight long months since we've had any new music on eM, and I couldn't think of a better way to end the silence than with our latest release. I'm thrilled to welcome Richard Soto back to earthMANTRA with a new opus from his Indigo Symbol project entitled "Parallel Worlds". Richard had this to say about the album.

"For my second album, I wanted to step away from the empty space of 'Zenith' and delve more into other ambient genres. For this one, I wanted to evoke different elements of a world, from water to forest while still keeping a Sci-Fi aesthetic including teleportation and technologically advanced races. This album also marks a milestone I've wanted to achieve; the creation of a concept album. The story unfolds much like a low-budget old school Sci-Fi movie which takes you on an experience one person goes through traveling to a parallel world."

With even the most casual listen, you'll quickly find an artist coming into his own on "Parallel Worlds". The music is lyrical and deeply reminiscent of the early works of Kevin Braheny, Constance Demby and Michael Stearns. The album is the story of a journey, both inward and outward, and is perfectly paced to bring the listener along as it unfolds.

It's my great pleasure to have Indigo Symbol back on earthMANTRA, and to bring you this outstanding new release. I'm also thrilled to debut our latest design motif, imagined and executed as always by the brilliant Steve Brand.

As always, all releases on eM are free for download. Should you choose to pay for the album, all proceeds will go directly to the artist.