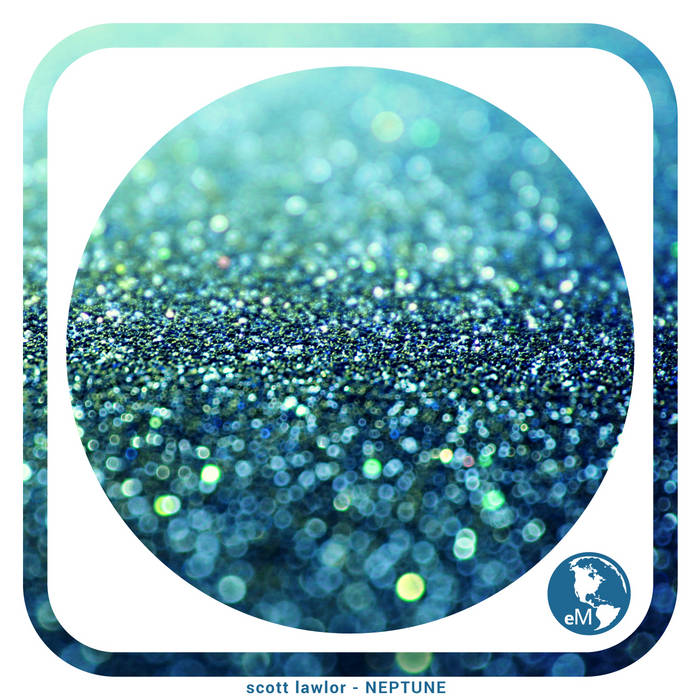 Rsfx-amb Great album. Ocean themed of coarse (but the oceans on Neptune are most likely not H2O) so we have mysterious enigmatic dark waters of sorts here. Favorite track: The Great Ocean.

Brian Bourassa Thanks to the resurrection of Earth Mantra, we are blessed with some quality ambient works from some great artists.

Howard Reed Great to see Earth Mantra back up and running again - if this is an indication of the quality of recent releases I'll be downloading them all! Brilliant deep ambience.

earthMANTRA is proud to announce our second release from Scott Lawlor since our relaunch in March of this year - Neptune. Subtitled "the Mystical Blue World", Neptune is a languorous 73-minute aural journey through the vistas of our system's most distant planet. Scott had this to say about the release:

"This release was inspired by Gustav Holst's "Neptune, the Mystic" from his suite "The Planets", as well as by the planet for which the piece was composed. I have always been fascinated by this, the outermost planet in our solar system and so felt the desire to compose my own music to bring the listener on an imaginative journey to Neptune: the mystical blue world."

Playing excerpts of the album on his weekly podcast "The Blind Flight", Scott's music inspired another artist to describe what he was hearing.

"and as the mysterious being beheld the eerie blue planet, swirls of gaseous atmosphere around him, he peered into the vastness of the Universe with a powerful sight unknown to man, plunging into depths of space that by humankind had been heretofore unseen”

You can read more of Robby's work on his facebook page at www.facebook.com/robbybabys.poetrypage, or contact him directly at robbysmultimediapoetry@gmail.com.

As always, music on eM is free for download. Listeners can pay for eM releases if they choose to do so, and all funds from those sales will go directly to the artists themselves

All instrumentation, recording and mastering by Scott Lawlor
Artwork by gS
Design by Steve Brand