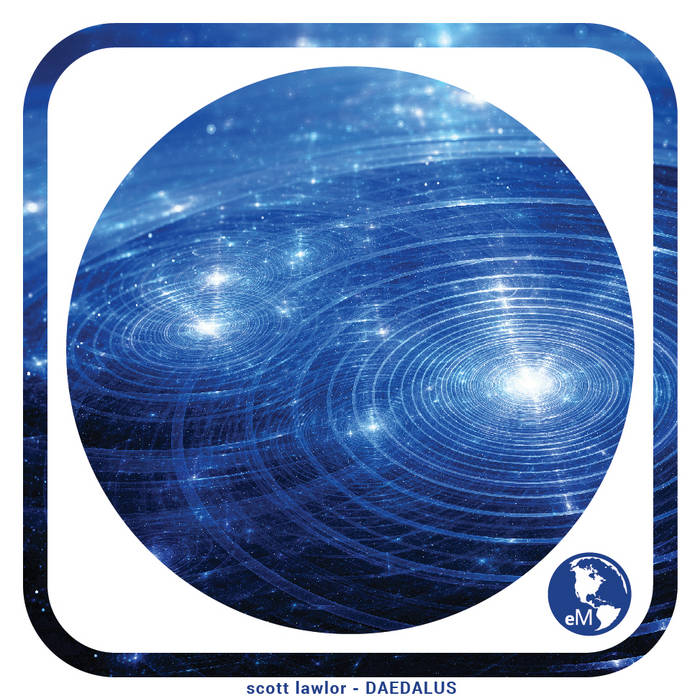 Brian Bourassa Scott Lawlor must own 33% stock in the new earthMANTRA. His releases makeup for 1/3 of the total releases thus far (3 of 9).

Daedalus is a really pleasant drone work that seems to float in the cosmos, probably where this "unmanned interstellar spacecraft" might have traversed had it ever launched.

The following description grew out of a conversation Scott and I had regarding the piece, which i think is stunningly beautiful and evocative.

Back in the mid 70’s the British Interplanetary Society did a study to design a plausible, unmanned interstellar spacecraft. The idea was that they had to use existing or near-future technologies (no flights of fancy, no Star Trek) to build what would ostensibly be a deep-space probe, but the probe had to be able to reach its destination within a human lifetime. The target of the probe would be Barnard’s Star in the constellation Ophiuchus. Barnard’s Star is only 6 light-years away, and the ship was supposed to make the journey in 50 Earth years. Obviously, the ship never really got built. How can you build something that uses near-future technologies in its fabrication?

But what if it had been? And what if it had been sent on its voyage? What kind of images would it have sent back? That’s what I’m “seeing” when I listen to this piece of music: the soundtrack to that probe’s voyage through the interstellar void between here and there.

The study was called “Project Daedalus”.

As always, all releases on eM are free for download. Should you choose to pay for the album, all proceeds will go directly to the artist.