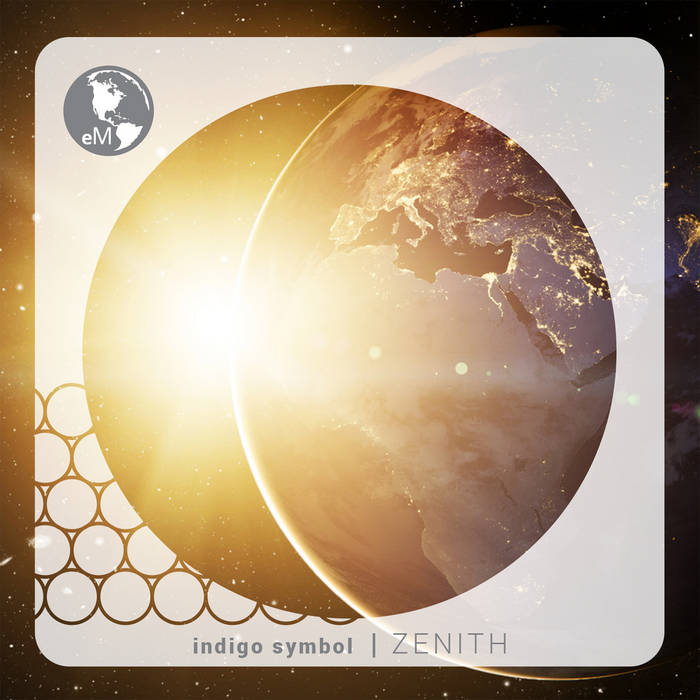 Christopher Ellis ‘ Get ready for an epic space journey into parallel worlds’
Next destination your imagination.

earthMANTRA is excited to bring you our first release of 2016; the debut album from Indigo Symbol, "Zenith".

Indigo Symbol is Richard Soto, who for the last 8 years has been the creative force behind FTMTE (Fear that Makes the Empire), an Industrial act in vein of early Front Line Assembly. Richard's work as FTMTE can found on his Soundcloud page at (soundcloud.com/ftmte). On "Zenith", Richard strikes out in a brand new direction - one with which fans of minimalist drone and deep-space music will immediately identify.

In the artist's own words:

"The debut album for my ambient project Indigo Symbol, "Zenith" is an amalgamation of my musical influences; stemming mainly from my Industrial, dark electronic roots and my love of all kinds of ambient music. I had a concept in my head for the tracks, showcasing different ambient styles along with space music, but still maintaining an Industrial aesthetic through utilizing heavy influences of dark ambient and an experimental foundation. The name of the album represents the culmination of my musical roots combined with human emotion, where emptiness and loss are the most powerful feelings of all."

earthMANTRA is thrilled to be the birthplace of this new ambient project, and excited to welcome Indigo Symbol to our roster of artists. As always, eM releases are free for download. If you choose to pay for the album, all proceeds from the sale will go directly to the artist

All tracks written, performed and mastered by Richard Soto
Artwork and Design by Steve Brand